Results of the Birthday Scavenger Hunt

Where you should report and bugs or suggestions
Reply

Results of the Birthday Scavenger Hunt#94617

Here are the questions and correct answers:

1. What is the original Open Road URL?

This one might have been difficult for those who weren't here from the beginning. But when I threw this thing together it was intended as a joke and a stab on the side of another site we all used to frequent. Not being the most creative person I used "RLSAFESPACE.COM" as the name.

Eventually we got serious here and could recognize there was some potential so a proper name, brand, and business structure was established to make Open Road what it is today. Unfortunately no .com was available (as it was taken by a car dealership) so that's why we're Openroad.site

2. Who was the first real registered user on the site?

To get this one you just needed to go to the "Forum" menu and click on "Members" - you'll see a list of everyone on the site there. Then just sort by joined date. You'll see that Bob Rouleau was first but Patrick and SeanR came in within 5 minutes so it was a close call there! Bob ended up signing in later under a different handle but nonetheless he saw my message elsewhere and was the first to be welcomed through the door.

3. How many pageviews tracked since inception?

There was really no way to get this one unless you did a search using a web tool as I have shared these types of metrics in the past but not recently. In any case we are over 2 million pageviews across the entire site!

Now there are some metrics that are available for your viewing pleasure at the bottom of the Board Index page. But this one was intended to be a little tougher.

4. How many users have visited the site

Another one to take a WAG on, but the answer here was 9000. So yeah quite a few come in, check it out, and don't register. Well their loss! For those who are wondering this does not count known bots but might count some of those home-made versions that are used to spam the site sometimes.

5. What percentage of users are in the USA?

We are very overwhelmingly in the USA but still with a decent offshore presence. The number stands at 85% but I've seen visitors from nearly every nation with Internet out there. How they're finding us is beyond me but they're checking out public forums regularly.

6. What percentage of users are on mobile/tablet?

Most usage throughout the Internet now is split about 50/50 between desktop and tablet/mobile. Some sites like social media are heavily weighted towards mobile. For us though, we're only at 37%. I have to admit though if we had an app it would probably be higher but personally I find the experience on PC superior but that's just me.

7. Who is the most active poster?

Gretch takes the cake here! Although SidViscous, AKSteve, and Yossarian were close behind and rounded out the top 4 participants of the forums.

8. Which thread has the most views?

This was a little bit unfair because most of our conversations take place in private forums where only members can see them. But there is one thread out in the public space that gets the most views. Proud of my 928 people as it's the "The 928 Photo Thread".

Interesting fact about this one...It would actually be a higher count than it is now but early on I made the mistake of accidentally deleting the entire thread when I just intended to delete one spam message! So the group had to start over. I still feel bad about this one but they came back with a vengence!

9. Which thread has the most replies?

I thought for sure this was going to be the "What happened on RL?" post but nope, it's "Trump 2020" that created the most responses. Which makes sense as the presidential race is probably more important than another website but in any case that was our most discussed topic and biggest thread on the site.

Another somewhat unfair comparison as the Armory is only accessible to members. But still I want to commend the 928 community for adopting us as one of their new homes! There's been a bunch of activity there compared to the other car forums so for us owners of other models, we have some catching up to do!

Like I said before, the results weren't great but in all fairness some of these would have been just guessing. Somehow, whether by ethical means or not (I'm not implying anything!), we did get 3 individuals who scored 10 out of 10. So since it was only 3 then the time it took for them to complete the test was not important. But it took each of these winners between 4 and 9 minutes to complete the 10 questions.

You'll all win the "everything" prize pack. So I'll need you to head to your profiles and in the bottom of profile and enter your address so I can ship the goods. Lupo you'll have to explain to me how I can get this stuff overseas so reach out to me privately!

For all others I do have consolation prizes currently being developed. I'm working on developing Open Road car window stickers like you see for other sites or tracks people participate in. If you're interested in that then you can also go to your profile and enter your address I'll send them when they're back from the vendor. To access your profile go to this link:

Overall I want to thank everyone for their support during this past year. It's been a learning experience for me and I'm proud of what we've built here. I only wish I'd be able to spend more time on improving and promoting but unfortunately life gets in the way and limits my ability to really push forward. But hopefully that will change in time and we'll keep making this the best community out there.

Drink up, it's party time!

Re: Results of the Birthday Scavenger Hunt#94638

Good times, thank you Fernando.....now back to being an electrician, landscaper, pool boy, plumber, and tire repair specialist.

Re: Results of the Birthday Scavenger Hunt#94669

Re: Results of the Birthday Scavenger Hunt#94686

Re: Results of the Birthday Scavenger Hunt#94711

Good times, thank you Fernando.....now back to being an electrician, landscaper, pool boy, plumber, and tire repair specialist.

Here was my yesterday:

5pm - Finished a conference call and almost immediately ran outside to mow the lawn and cut down a couple of tree branches that are too close to our front door.

5:45pm - One of my direct reports and my boss want to schedule a call. Looks like some staff might be working the weekend to meet a deadline...ugh!

6:30pm - Installed a new light fixture in our master bath.

8:15pm-8:30pm - replace the cartridges on a bathroom faucet that was leaking

8:30pm-9:30pm - The Cayenne had a nail in it's rear tire. It's been losing about 10 pounds of air each night so I ordered new ones from Tire Rack and selected their "at home installation" option. Problem is I screwed up my days so yesterday morning I take the car out and expecting my new tires to arrive. I then check the reservation and DOH! it's actually for next Wednesday. So I pull out the old tire plug kit and figure I'll just do the temp repair until next week.

10pm - About to hit the shower but figured I'd look in the pool to see if any frogs had committed suicide. None yet but I spot something on one side that resembles a black goldfish. As I get closer it dives further into the water. I then realize it's a mouse! I grab my net and pick him out of the water and let him run off to the distance. If I wouldn't have done that he would have been a bloated disaster in my skimmer the following morning.

So yeah, wearing a lot of hats is exhausting!


linderpat wrote: ↑Thu Jul 29, 2021 12:56 pm Awesome summary. Pretty cool that the thread I started is the winner too. That one really caught fire. And you cannot beat us 928 guys (and gals) no way, no how! Here's to the next one, and the one after that and after that and so on.

Thanks for getting the ball rolling on that one! Pretty passionate and devoted fans there in the 928 space for sure! 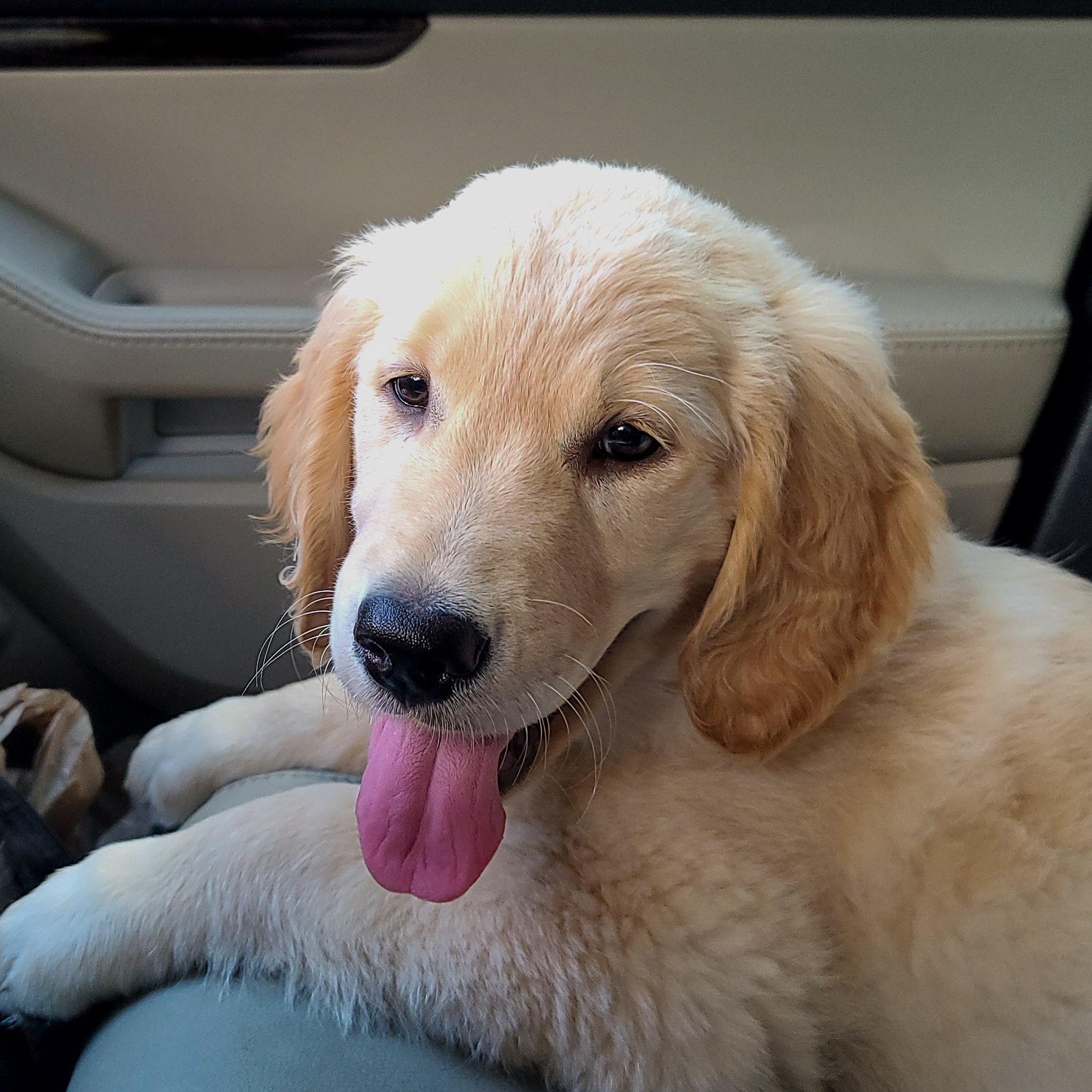 Re: Results of the Birthday Scavenger Hunt#94731

Re: Results of the Birthday Scavenger Hunt#94860

or, how many users thought she was really here at first and got duped

Go ahead, raise your hands

And another short clip https://www.youtube.com/wa[…]

Great thread :rockon: I thought it was a gre[…]

I'll be there, hope that doesn't deter anyone else[…]