Well my son saw some of the Roval 400 signs and noted that "we've never seen those kinds of cars race" so 3 generations of "Jefe's" went ahead and made a day out of it.

Now what's interesting about the Roval race is that it makes use of the infield road course meaning the cars turn left AND right!!!

Our seats were off of turn #8 so great for being right up close to the action but awful for pictures because of the huge fence in front of us. Nonetheless though it was a fun experience. These cars are LOUD but funny enough don't really sound like what you would think an American V8 would sound like. Maybe it's just me?

There was a good bit of action but nothing major until the end when there was a pretty substantial wreck that changed the course and outcome of the race. One of the more notable events was when one of the favorites, Chase Elliot, got hit by another car and went to the pits with his car pretty beat up. He was in last place with body panels flying in the wind only being held with racing tape. Eventually his whole rear sheet metal was flapping about. The guy though came back from the back of the pack and ended up finishing 12th. Showed grit there for sure with how he was catching up to the leaders!

Overall a pretty good time. Yeah I know they're not as sophisticated as the cars most of us follow, but to me any racing beats a day at the office. Good crowd, great weather, and included all of the lovely smells of burning rubber and hydrocarbons. Now my big question is, where on Toyota's website can I find a rear-drive, V-8 powered Toyota Camry for sale? 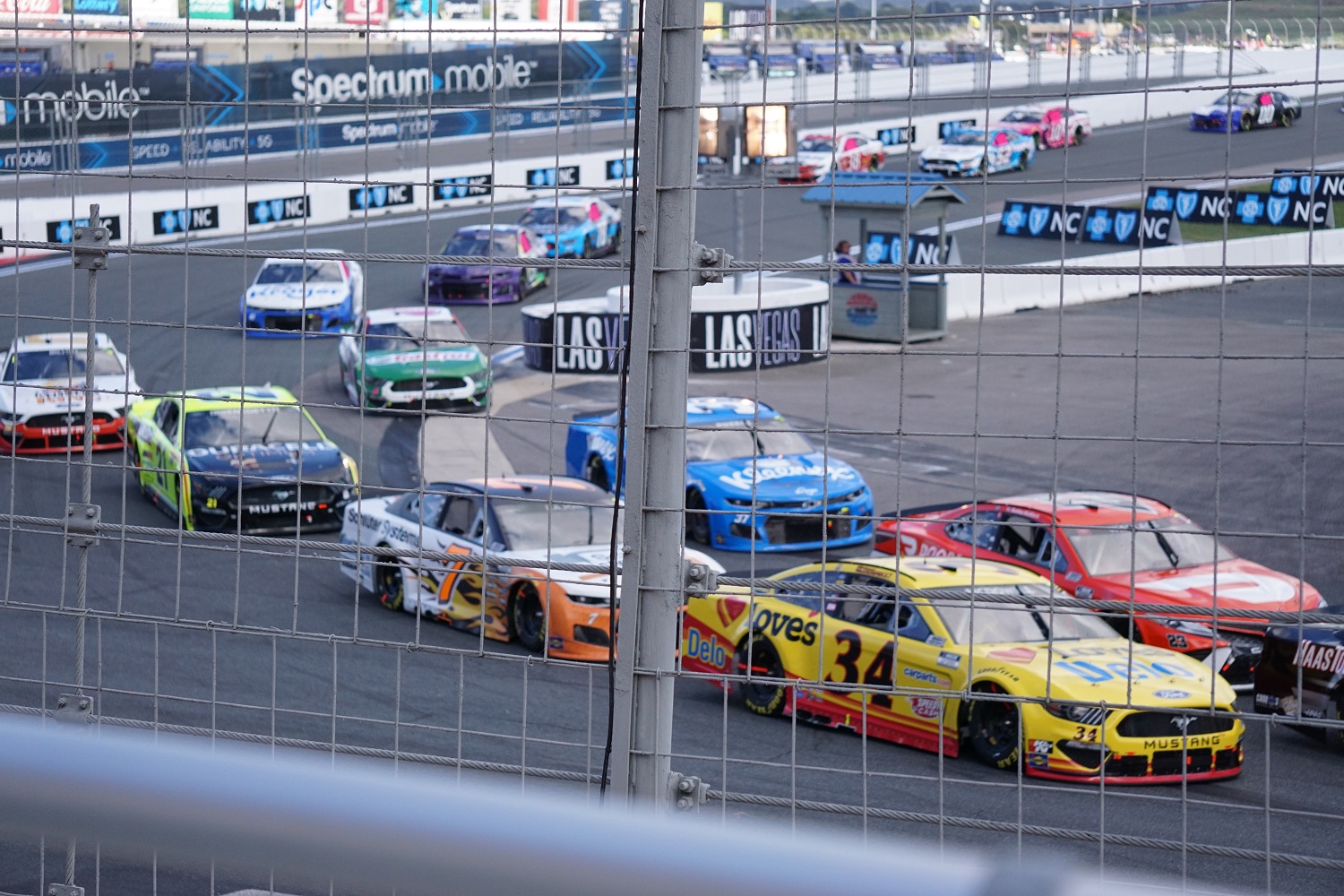 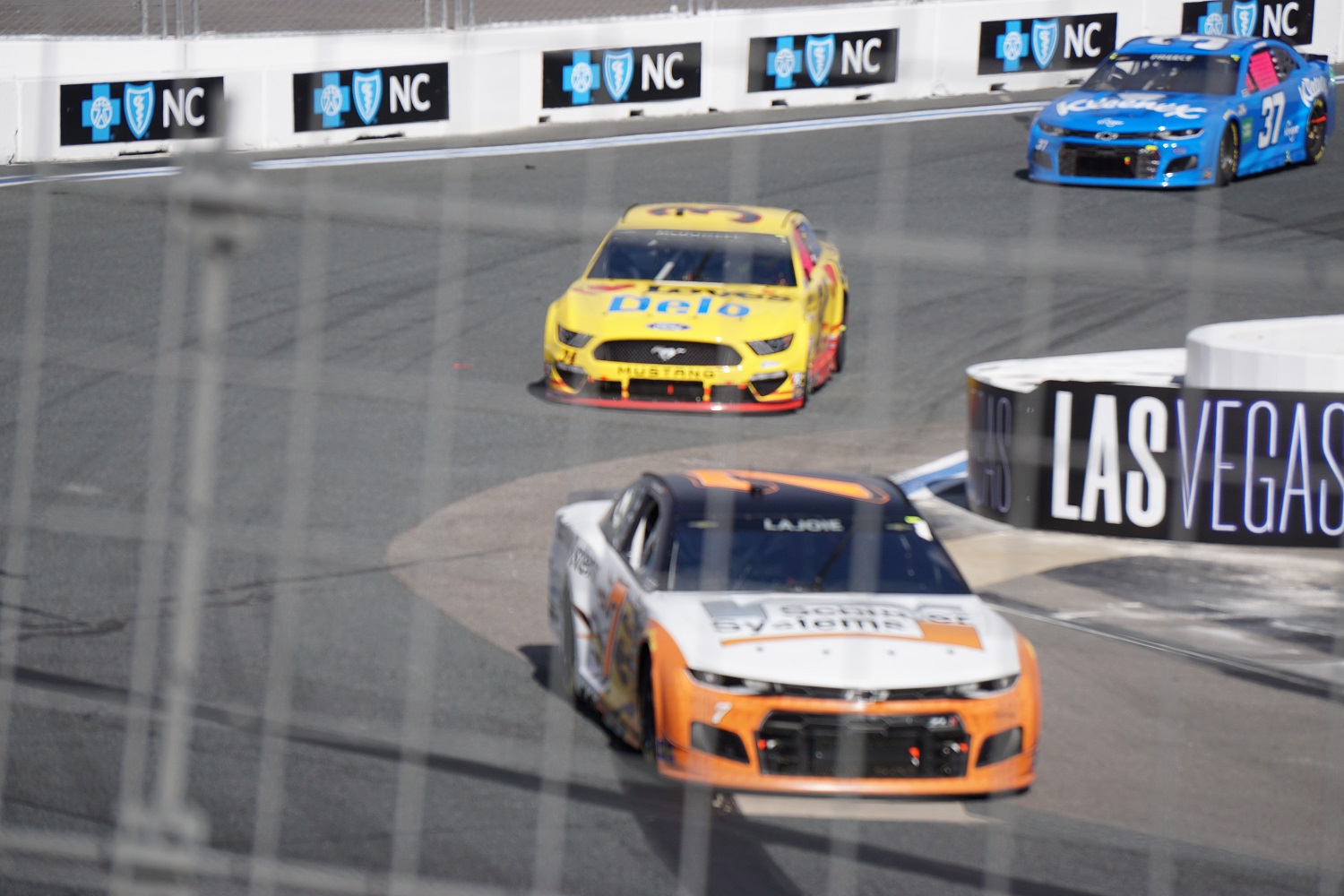 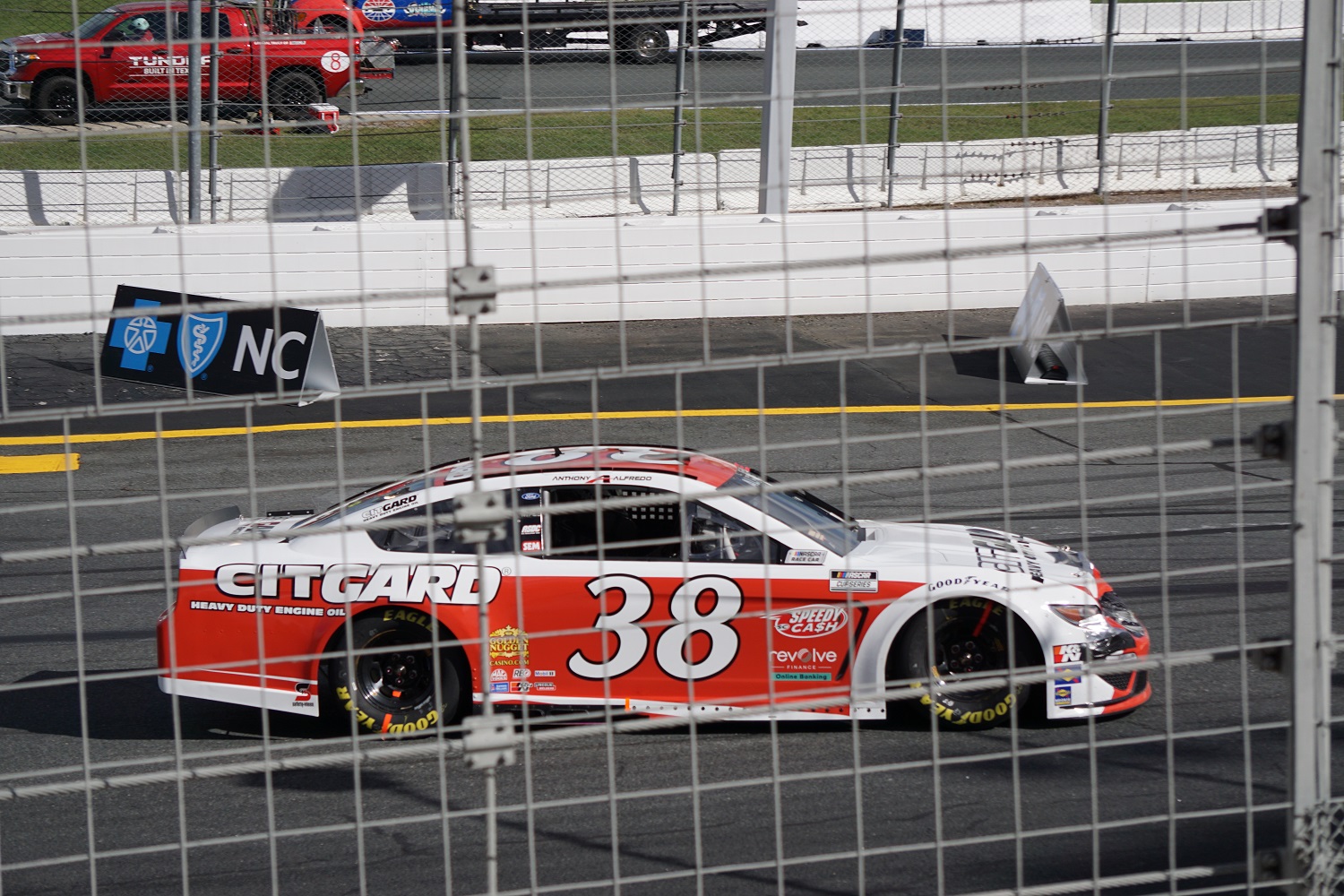 SeanR wrote: ↑Sun Oct 10, 2021 9:26 pm I caught the last 18 laps and really enjoyed it. NASCAR going to more road courses has had me watching it more often. Used to have season tickets to Texas Motor Speedway and the day I took my NASCAR nap at the race track I knew it was time to give up the seats and pretty much stopped watching. Glad they are changing it up some.

Chase was up fighting for a top 3 towards the end.

Chase was more intent on making sure he retaliated for what Harvick did to him earlier in the race. But he had the last laugh as he continues into the playoffs while Harvick is done for the season.

As for the road course, I sure enjoyed it and can't wait to take the Cayman out there when they open it up for a track day! But I hear most of the traditional NASCAR fans aren't as appreciative. I do know that they sure weren't carrying the speeds around that track that they would have if it was in an oval configuration.

By SeanR  -  Mon Oct 11, 2021 9:25 am
Quote
-  Mon Oct 11, 2021 9:25 am #109040
I bet the hardcore hate the road courses. The roar at the start of the race is awesome but after a few laps the 1.5 mile courses just start to drone and drone and if you are not actually paying attention to the action it just got boring for me. Figured I could take a nap at home and get the same entertainment much cheaper. Apparently many others felt the same way as the it is almost like they can't give the tickets away. They went from having 230k people at the races to empty stands. If they go like the Roval here at TMS I might have to go to a race.

I pretty much feel the same way about Indy at the 1.5 mile tracks also and have once again started to watch Indy as they are doing more road courses. Now stick Indy cars on some track like Bristol and I'm on the edge of my seat.

Coming off turn four, downhill, to hit the left turn for the infield involved a prayer that the brakes don’t fail. A very humbling experience for this novice driver.

NCporsche wrote: ↑Mon Oct 11, 2021 10:30 am While active with the Carolinas region PCA I participated in two track events on Lowe’s Motor speedway. Both events included the inside road course.

Coming off turn four, downhill, to hit the left turn for the infield involved a prayer that the brakes don’t fail. A very humbling experience for this novice driver.

I've also been told the transition between the infield course and the oval is not all that smooth and has resulted in cracked windshields for some due to chassis flex. Not sure if true but that would also be an unpleasant experience too!

I don't think the PCA runs there often but I'd love to try it out if and when they go back!

Would love to do it again but with the brain injury in ‘09, all I can do now is live with the memories and stick to AX.

NCporsche wrote: ↑Mon Oct 11, 2021 10:57 am Looking at the track layout, turn 16 was not there when I was on the course. Making the transition from turn 14, a fast downhill, into a hard left turn 1 and a concrete wall to the right, was definitely seat puckering.

Would love to do it again but with the brain injury in ‘09, all I can do now is live with the memories and stick to AX.

Those walls have always been what scare me on these types of courses. I like CMP where you have sand and grass on nearly all runoff areas. Only a couple of areas that are really a cause for concern and require high speeds or really bad luck.

Did you AX this year? I haven't for a few years but hope to get back into it again next season. Still have the 944?

Have a local mechanic willing to do the wrenching if I have the parts. Problem is tying up his lift between diagnosing and parts arrival. Goal is to have The Girlfriend back on the course for next Spring’s season.
fpena944, amdavid liked this

I'll have to make sure to select this track when I try iRacing the next time. Also will keep my eye open to try it out for real whenever it's an option again.

I'll have to make sure to select this track when I try iRacing the next time. Also will keep my eye open to try it out for real whenever it's an option again.

For sure do the DE. The trick with T1 is to not get too stressed out about the walls. Its like Watkins Glenn in that way. Just realize where the car is going to be on corner exit. That is why I would say use the skippy since you can corner correct given the low speed of that car either with the throttle or mid corner slow down with the steering.