I’ve owned this 59 356 A coupe for three years and can’t believe how much fun these are to drive. Love this little car!

Went for a drive with my buddy and his American muscle: Barracuda and the minnow.....

I’ve owned this 59 356 A coupe for three years and can’t believe how much fun these are to drive. Love this little car!

Never prettier than an "A".

By mussberger  -  Wed Jan 06, 2021 4:20 pm
Quote
-  Wed Jan 06, 2021 4:20 pm #47997
My brother's Pre A 356 2.4 liter Polo outlaw is at 911 design and just back from media blasting. Original color was tan/beige and he's looking for input on colors. Since it's not an original car keeping original paint color doesn't seem so important. He's looking for ideas on colors. Go period correct with something beside the tan or something that follows more current color trends?

Any ideas would be appreciated !

Not only is life a bitch, but she's always having puppies.

My first one was bali blue over black. It got hot in the summer down here.
Pat O'Bryant

my wifes uncle was in the army stationed in the UK. He bought this in 1964, new. Drove it for a short while in the UK then shipped it back to the states. He knew i liked Porsches , I have a 928, and told me he had a 356c in his garage. Her uncle is a little bit of a hoarder(understatement) . The only glimpse i ever got of the car was about 1 square foot of the front bumper headlight area…it was piled under so much stuff. It has been covered all the time though. Her uncle said he had it running last in the late 80s..1990 ..plate tags are 91. He said he was doing some valve work/adjustments etc and dropped a valve into a cylinder..push rod perhaps…etc. ?? Of course when one tries to move the motor by hand it stops. It has never been started or turned over since then…never seen the light of day or water…. gas was drained and it has sat.

he is now in his mid 80s and declining slowly mentally and physically. Last year I told him, “lets get that old 356 out and on the road for you”..

to our shock he actually cleaned out the garage enough to get to the car, inflate the tires from 1967, and rolled it , with the aid of his hired help, into a new shipping container he purchased. You have to understand, this was a huge step for him. My wife and I were shocked he did it. He called me the other week and said he moved the car and that i could come see it. I went over with my 21yr old son who has become a Porsche fan.

this was the first time the cover had been off the car since it was “left”. He never drove it in the snow and rarely in the rain. A quick look around it and i was blown away. Appears to be absolutely solid.?? It exceeded my expectations of what I was going to see. Full tool kit..spare..documents…

he did say he had it repainted in the early 70s as the original ruby red paint was fading badly, almost to an orange color he said.. At that time he had the Porsche script removed from the trunk lid…he said it would gather dirt and his rags would catch on it. Holes were filled before it was resprayed. That is the only body work it has had.

ive hit quite a few great you tube videos on these cars…restorations, maintenance etc to get my self up to speed. I am pretty mechanically handy (lots of experience with my 928) and am preparing to tackle this in the upcoming Spring and Summer, knowing full well there are going to be gremlins and issues pop up. Only draw back is going to be working in the container and not having all the tools etc i have at home in Vegas. Im in no hurry. 1st objective is to fix or determine exactly what happened with this valve..or push rod? Change all the fluids..add gas..leak check….and refresh the ignition sytem..brake sytem and put on the new tires he has. Hopefully, with gas and spark we get a road worthy car again.

all tips, words of wisdom, and links are appreciate.

below are the pics as we uncovered it. Its awesome. 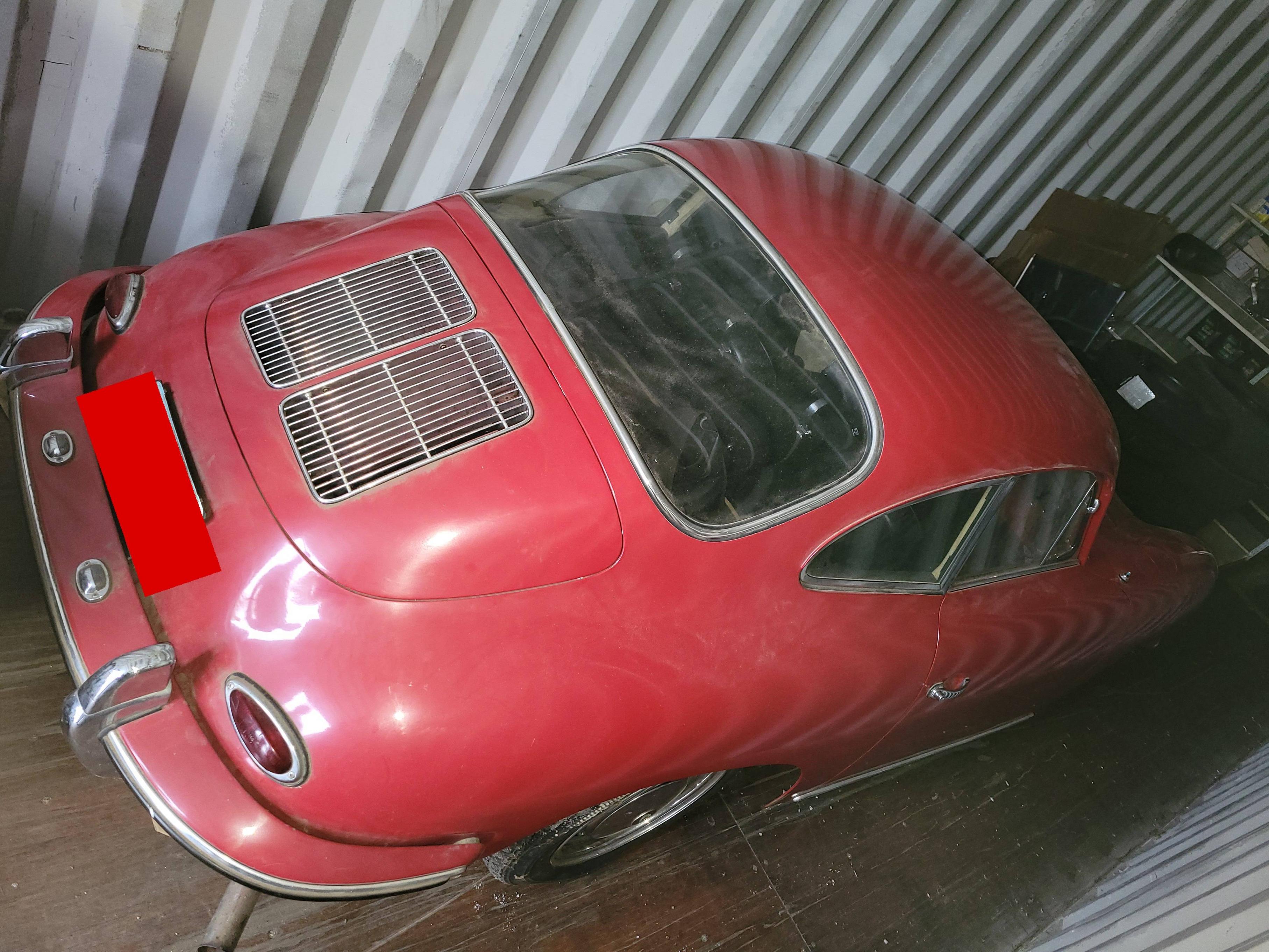 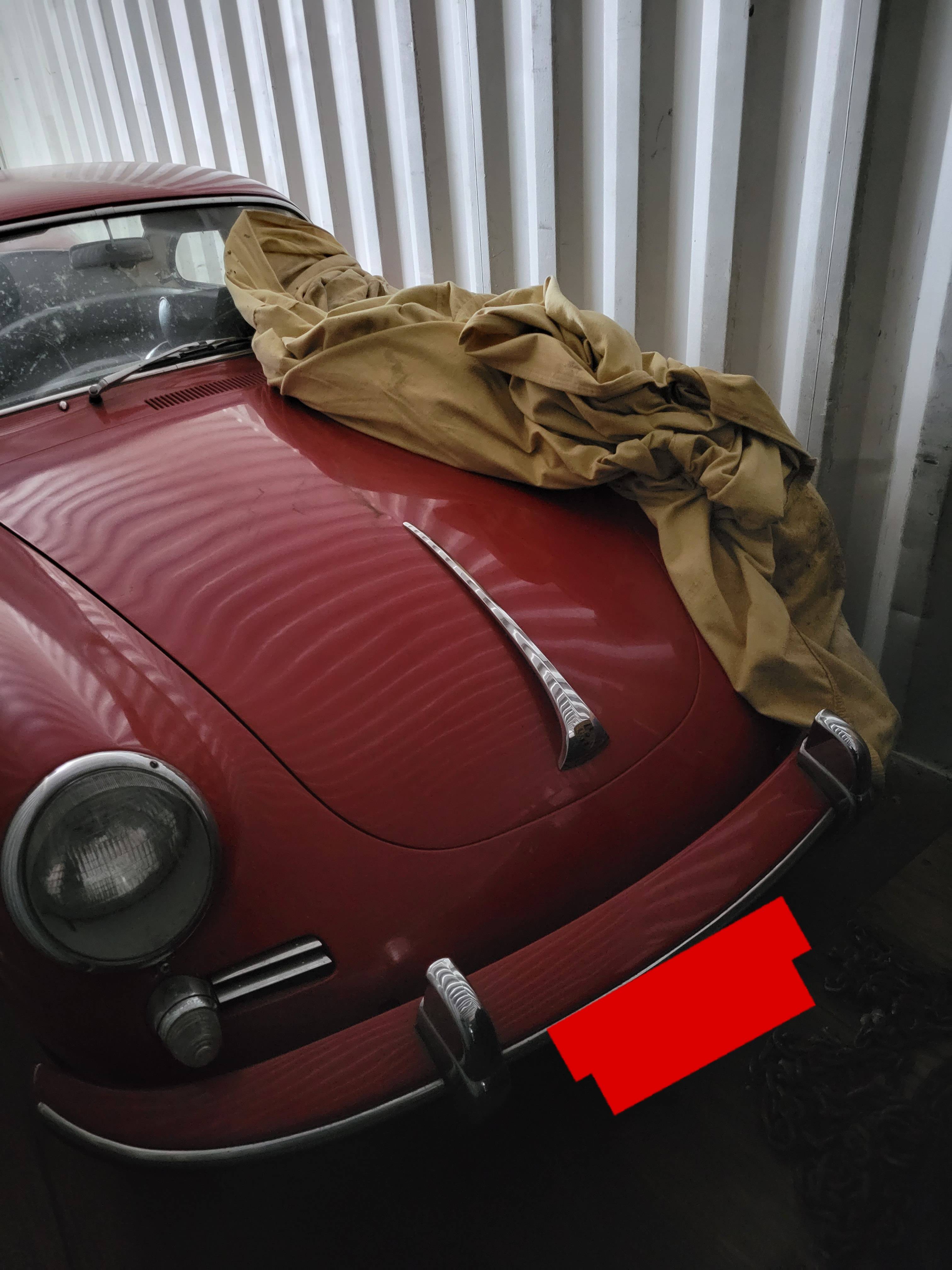 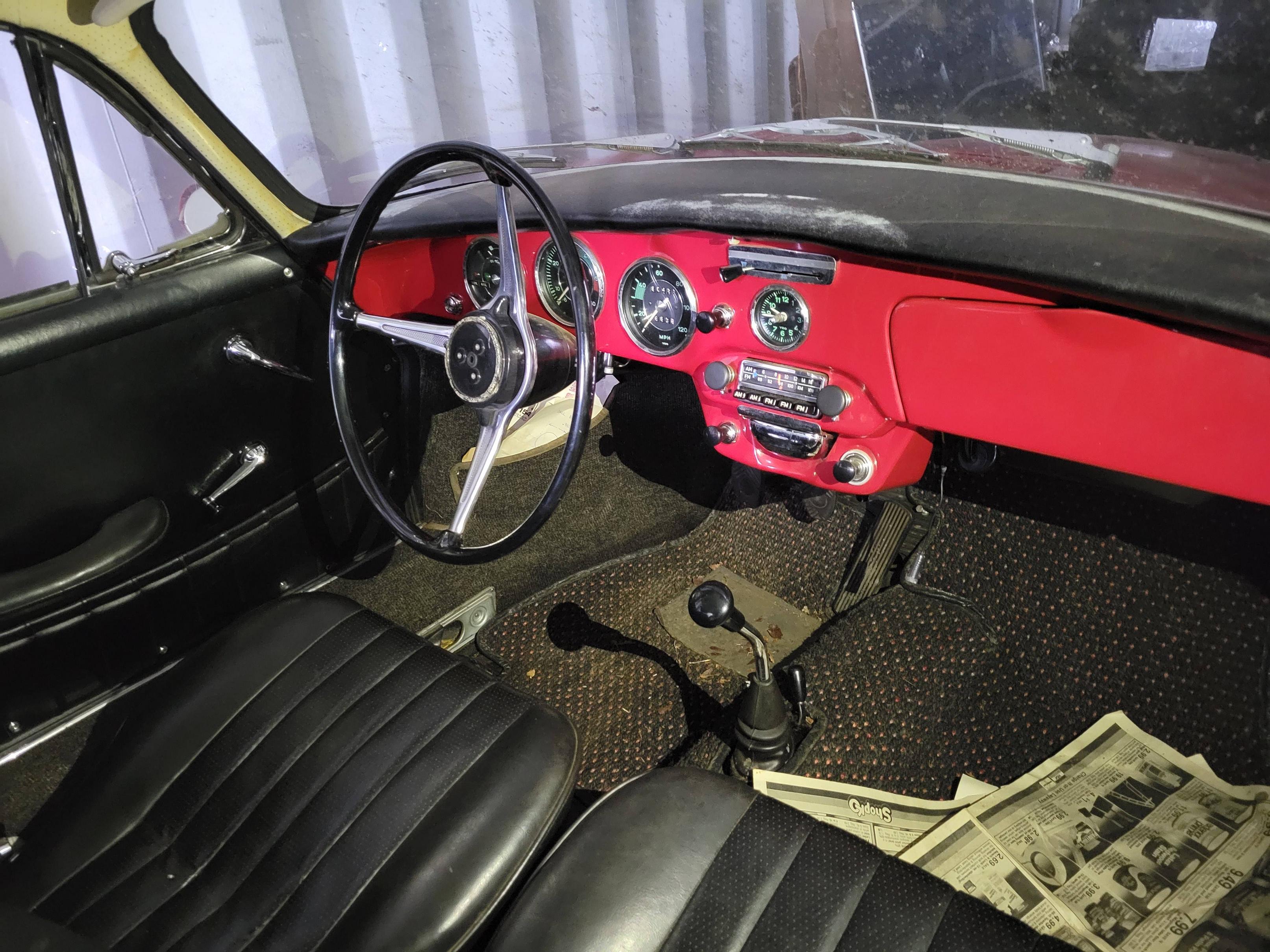 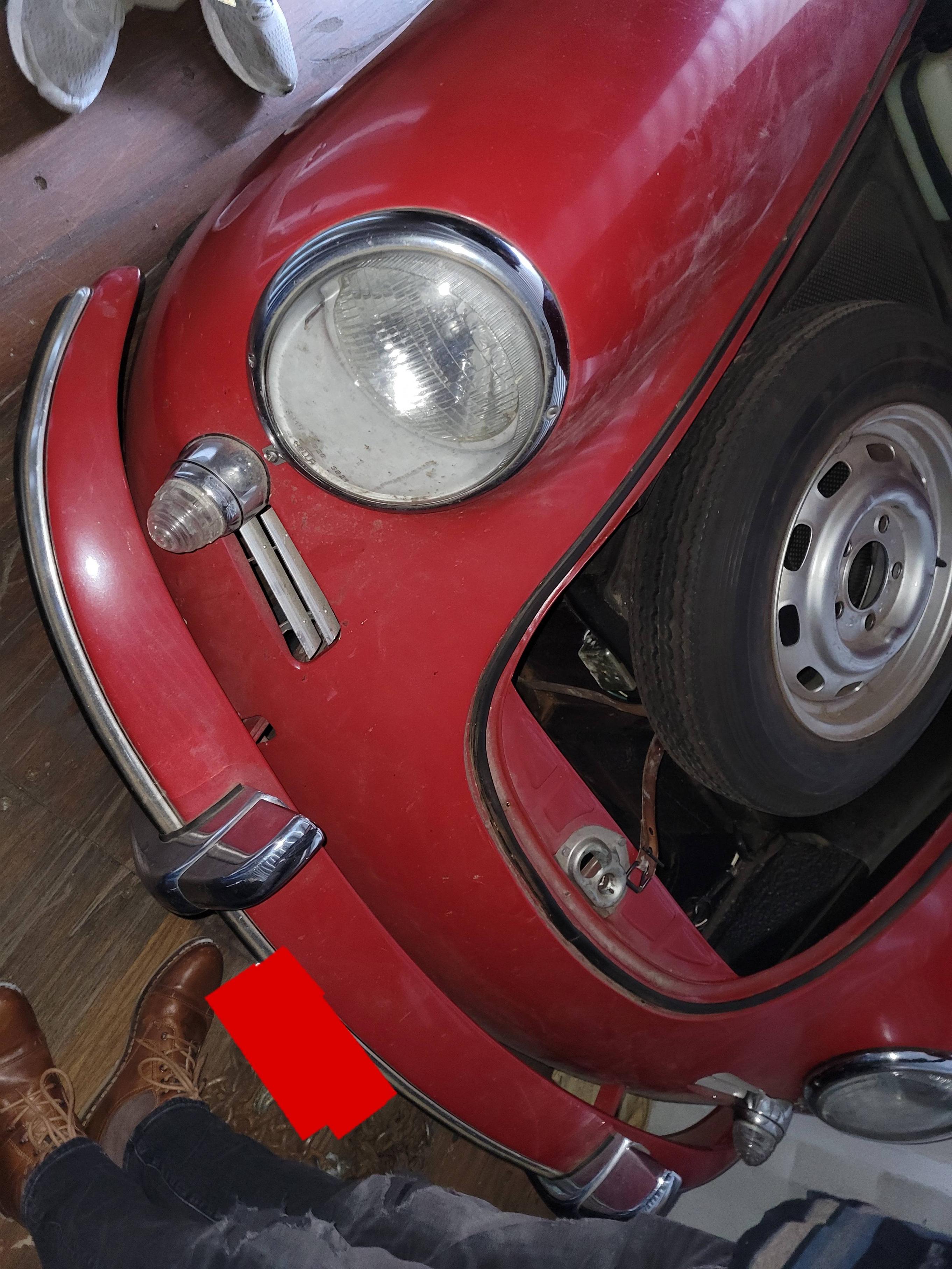 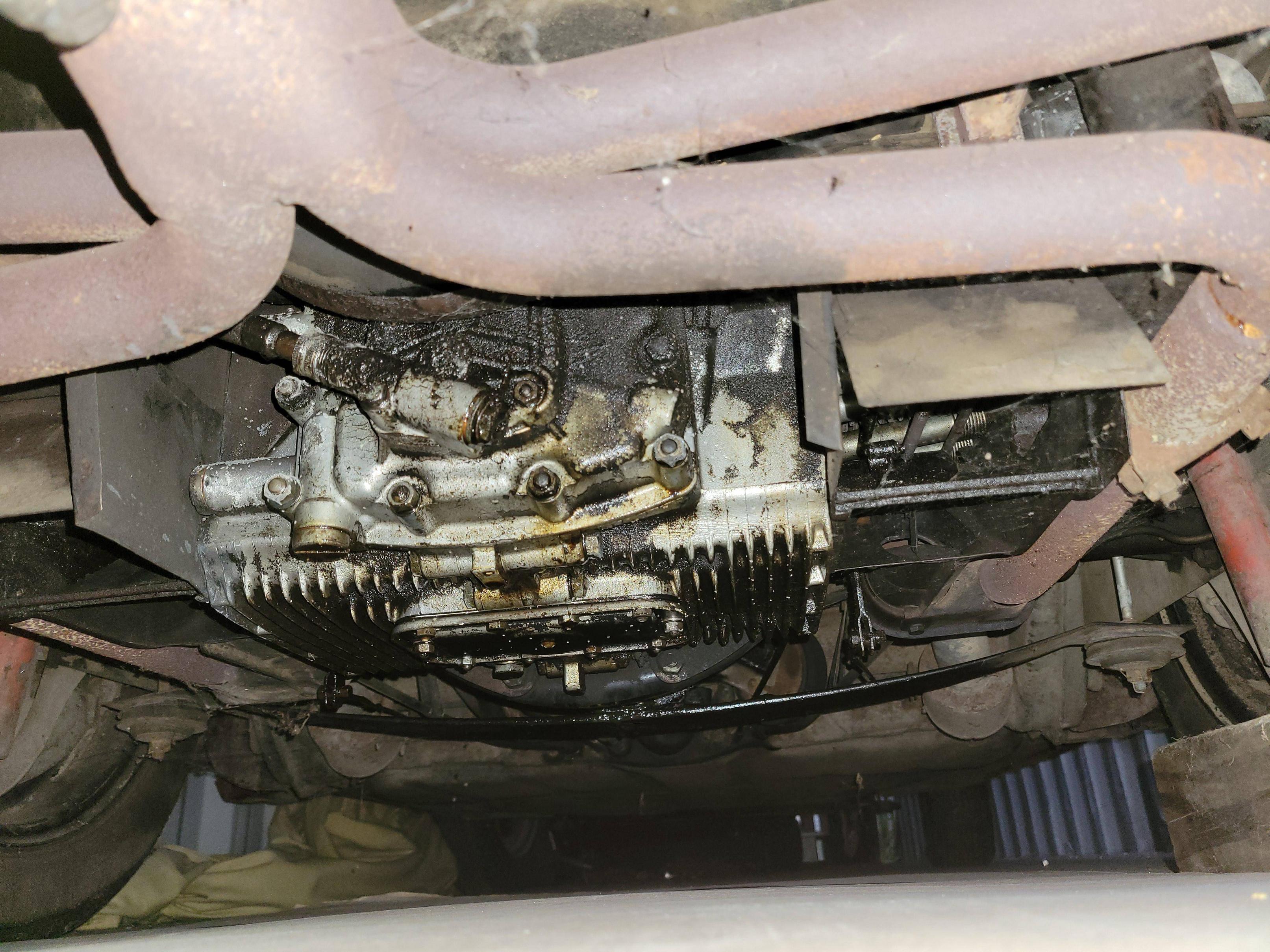 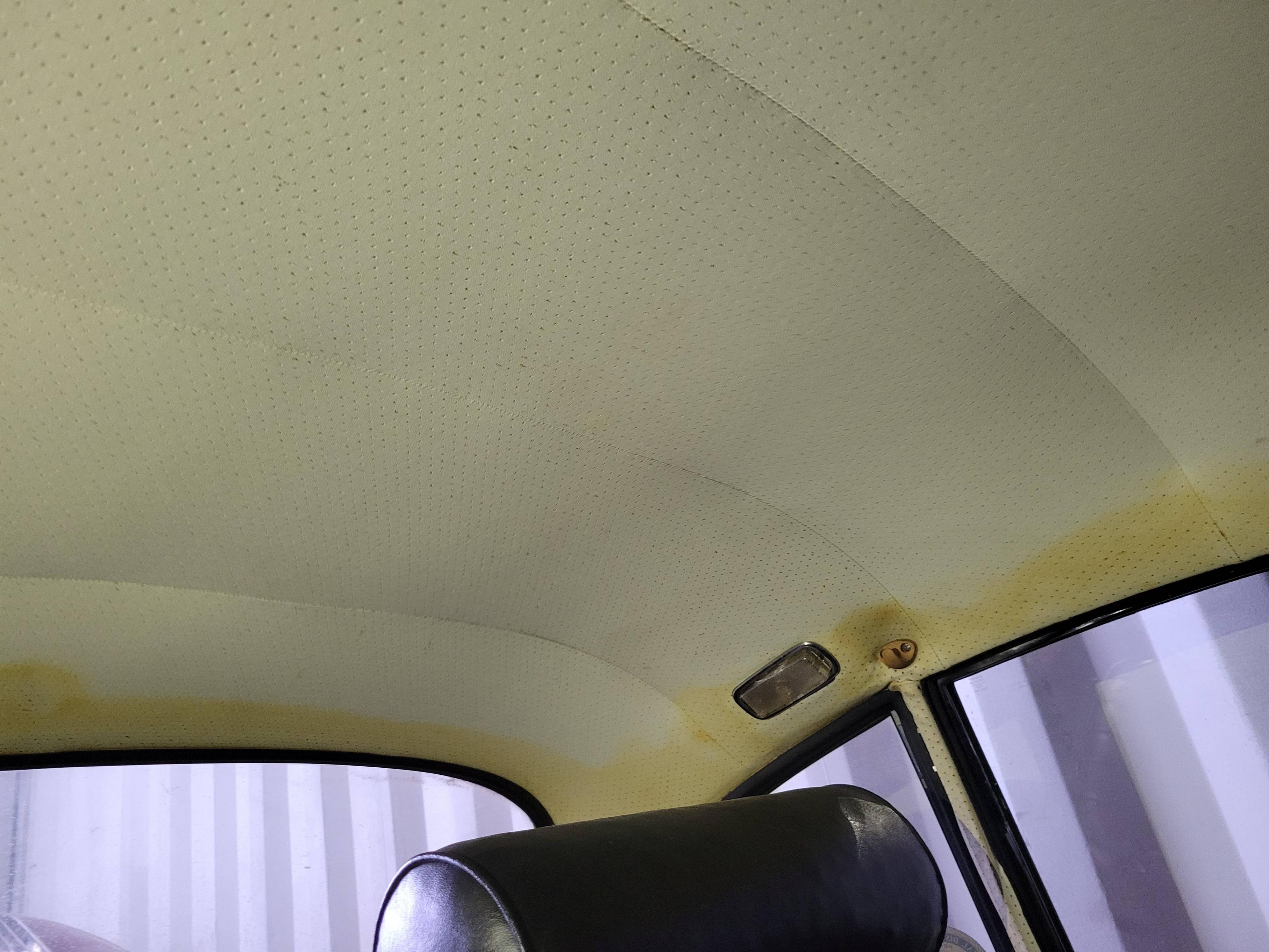 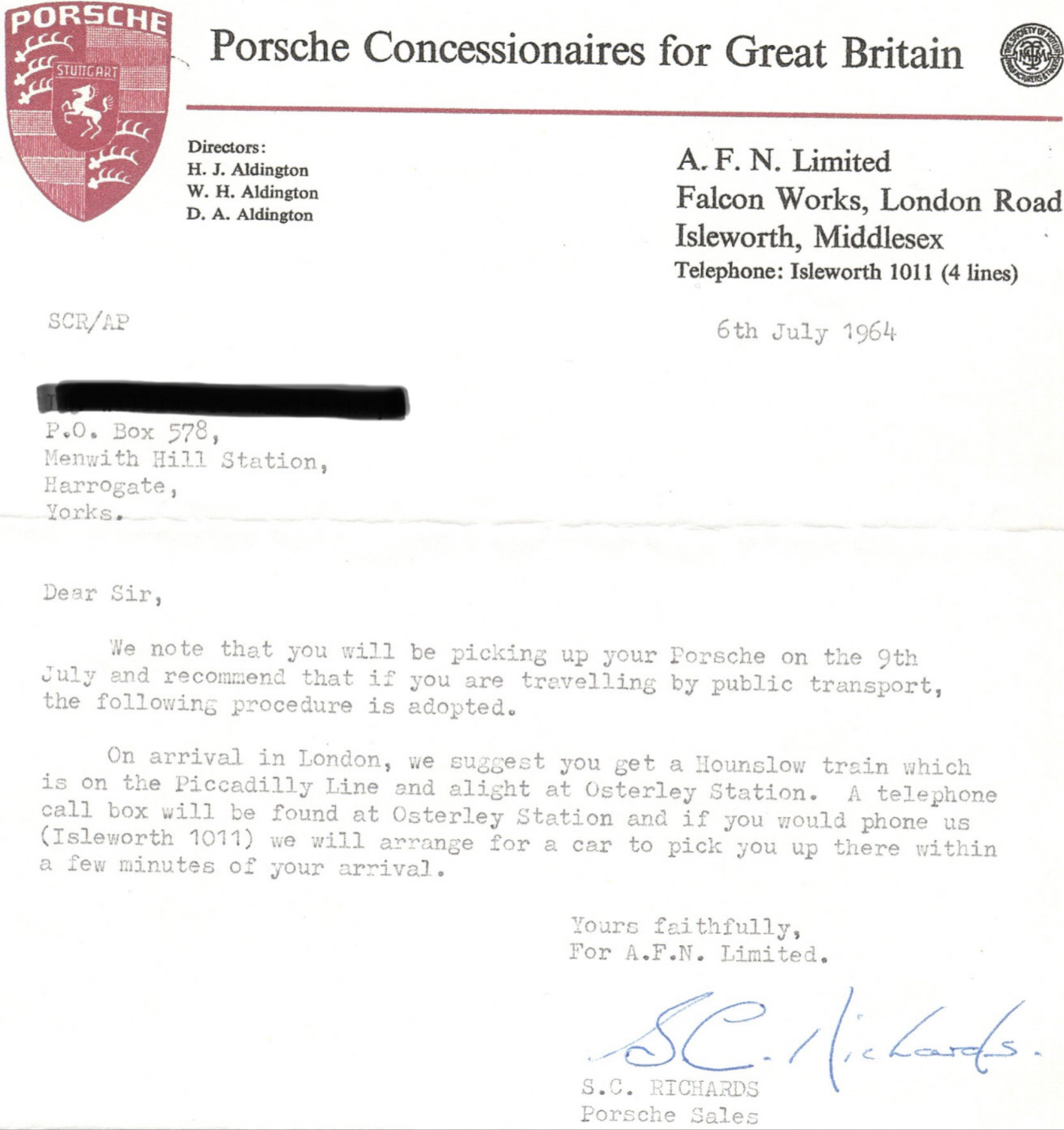 i am not a traitor

i am not a traitor