It's our birthday!!! One year anniversary!

Yes one year ago today there was a disruption in the universe that ended up in creating this community. As promised we have winners from our Birthday Scavenger Hunt.

Go to the following link to find out who and what the final answers were:

my 2000 Boxster that got me into the Porsche line up

So how does the Boxster compare to the 996 on the track?

Do you really lose out on that out-of-the-corner power that you get with the rear-engine weight? I imagine the Boxster is more forgiving if you make a mistake but how else do they differ?

By amdavid  -  Wed Oct 07, 2020 11:34 am
Quote
-  Wed Oct 07, 2020 11:34 am #23723
The boxster takes less work to drive fast and it is easier to "feel" the limit. Steering feel is similar in terms of light/heavy. When you throw a boxster into a corner it's a lighter feel (obviously) and is easier to toss back and forth....and because of the lighter weight they move pretty good considering smaller motor/s. However, nothing compares to jumping on a 911 out of a corner!

So how does the Boxster compare to the 996 on the track?

Do you really lose out on that out-of-the-corner power that you get with the rear-engine weight? I imagine the Boxster is more forgiving if you make a mistake but how else do they differ?

They are quite different on the track. You have to work the Boxster harder, and maintain revs. I like the power of the 996 better, but Boxster is fun to push hard and abuse.
Mike
פאק רננליסט

Yes on working the boxster harder....depending on the vintage and motor of said boxster, the 987's got a bit more peppy.

amdavid, milrad liked this
Member: RL Expat, PCA (NE Ohio), Boxster Registry, American Legion, NRA-Life, and Orange Gunsite Family
If you have your top up, that storm outside had better have a name!--unknown
A convertible with its top up is an oxymoron. Don't be a (oxy)moron.--Me
I made the Kessel Run in less than 12-Parsecs--Me (and Hans Solo)

CharlieC, amdavid liked this
Their rants sound like a retarded jihadist braying medieval hokum, about as profound as explosive diarrhea but without its charm.

Two years later, the magazines started doing reviews on the first newly designed Porsche in ~20 years (since the 928) – the first normal road car to employ a water cooled flat six and Brembo mono-block brake calipers. The car that would become the ultimate savior of Porsche as an independent car company for years to come. I collected every magazine I could, and made a videotape copy of the Boxster reviews on the Motorweek and Autoweek TV shows. I also taped the original 2 Boxster commercials, both of which first aired during the 1997 Superbowl, and now easily found on the internet.

In mid-January of ‘97, the dealership sent me an invitation to the “Boxster Introduction Party”, which I attended; I came away with additional brochures, an ordering guide, and a few other trinkets. The dealerships were provided with a base (striped down) Guards Red manual as a demo, which stood front and center at the party – everyone there poked and prodded it – this was very new stuff back then. In the weeks to follow I poured over the information deciding, with my limited budget, how I wanted to spec my car while I waited my turn to order.

In early February, I got the call to come in, take a test drive of that demo, and spec my order. Prior to this, after hours upon hours of self-debate, I decided on Glacier White, with the only options being Boxster Red full leather, upgraded amp with door speakers, and black Boxster logo floor mats. Since Glacier White was a new color for ’97, I was a little hesitant - I had never seen it in person - only on the printed color swatch in the brochure. Wouldn’t you know, when I showed up to the dealer, there was a brand new 993 parked out front in Glacier White - it was meant to be! From that test drive, the things that stand out the most in my memory is the wonderful, wining sound of that flat-6 over my shoulders and those bulbous, red fenders rising over the front and rear flanks. I drove the car top down as the Jersey weather was cooperative that winter day. After the drive, I placed my order – now the waiting begins – the dealer told me it will be about 6 months, putting delivery in middle summer!

With my order in, I spent evenings reviewing all the car info and magazine reviews over and over such that it all got burned in my brain – I knew a lot about ’97 Boxsters! Then, out of the blue, I got a call from the dealer; it was Tuesday, April 1st: “Your car’s in.” At first I thought it was an April Fools joke! It wasn’t, now, I need to figure out how I’m going to pay for this thing – I was expecting a few more months, and it was my intention all along to pay cash! I got the money together, provided a bank check and took delivery 24 years ago today, April 3rd. – the car was just under $47K all in, including a Federal “Luxury Tax” they had at the time. To my surprise, PORSCHE logo mats were actually delivered – it turns out Boxster logo ones weren’t available that early on! Interesting tidbit: seven years later to the date, I went on a first date with a young lady who is now my wife! April 3rd has been good to me!

Shortly after taking delivery, I went to a local Porsche shop to have a PCA tech done so I could run it in a HPDE event at Pocono – things were a lot more lenient back then regarding roll bars and such. At Tech, it got a bit more scrutiny than the other cars they checked that day – they actually put it on the lift and a bunch of Porsche folks got their first look and the underside of this all new Sports Car - it was new to everyone - You did not see any on the road for quite a while!

Autoweek magazine used to run a feature called “Autofile”, perhaps they still do. I submitted my write-up on the Boxster, and was actually published in their article – I have a copy of the issue stowed away with all the other Boxster related stuff I’ve collected and set aside.

Fast forward 24 years: Today, I still have my first year, Stuttgart built 986. I read somewhere that the first “sold” 986 was serno 0061. If this is true, than I have the 1997th 986 sold (serno 2057). It is in nearly flawless condition, and almost all original, including things like the wiper blades and windshield washer fluid! I’ve done all the maintenance on it myself, and it’s been extremely reliable. It has seen a handful of track days (I used other cars for HPDEs in the many years I drove and instructed at them) but it has primarily been used commuting on nicer days and backroad rides. It has also had its share of rides from the home center with 10’ 2X6s sticking out, top down, of course. In its 58K miles, it has not been babied from a driving perspective - always sees full throttle and redline! Other than regular maintenance and tune-up parts, only the front brake pads, mass flow sensor, conv. top motor & cables, horns, oil filler tube, battery (2nd replacement), tires (6th set) and an instrument panel bulb are not original. It still has the original bad ignition switch (subject to a recall – which I never had done), ubiquitous illuminated airbag light and its almost original slight RMS leak! The top and plastic window, which I calculated to have been lowered over 2000 times, are still in pretty good shape, a testament to Porsche quality.

Because I’ve been working from home for the last 14 years, and have a few other fun cars (including a 10 year older big brother 928S4), the Boxster has had to share attention with the others and only gets driven once a month or so. It only traveled 652 miles in 2020 and 667 in 2019, but it still fires up right away, drives wonderfully and always puts a smile on my face – they are very special cars, so simple compared to modern cars – no nannies except for ABS and there is actually a mechanical cable that connects the pedal to the throttle! I never covered it in my garage, because I enjoy looking at it!

For those new to the Boxster, congratulations, you are associated with a special car. I hope you enjoyed reading my history as someone who has been around one since before the beginning; hopefully, others will post their own Boxster story, I know I’d be interested in reading them. Here are a few pictures. 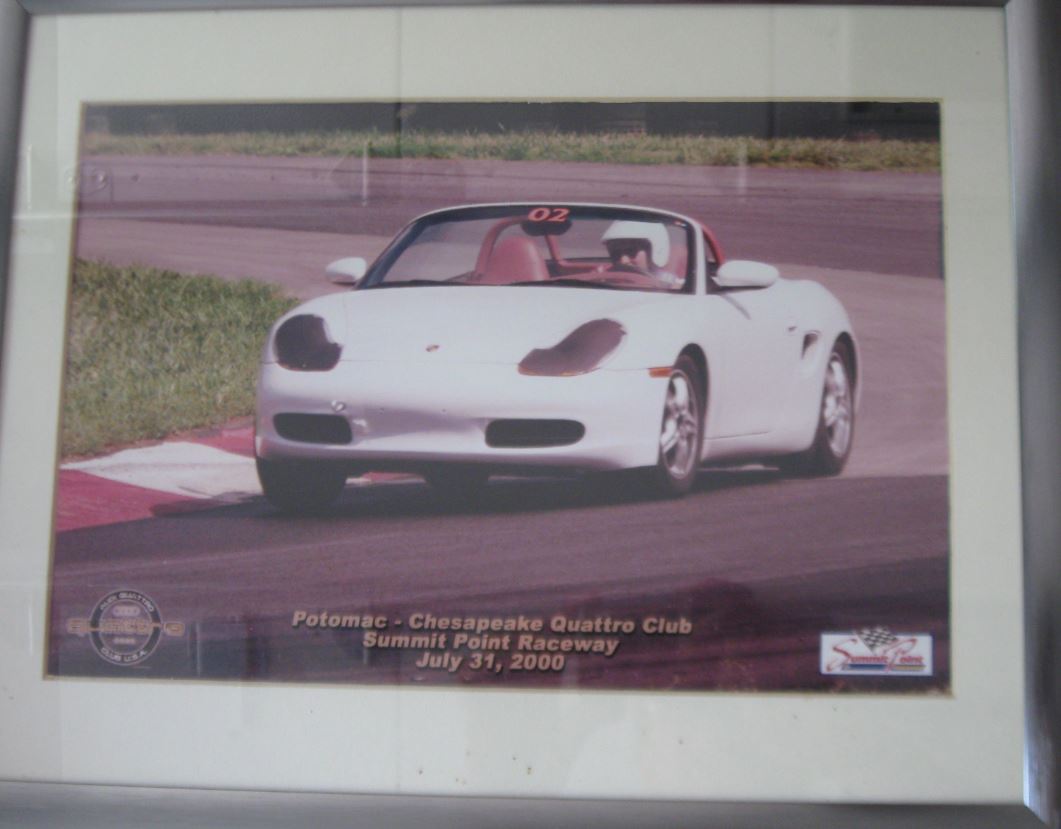 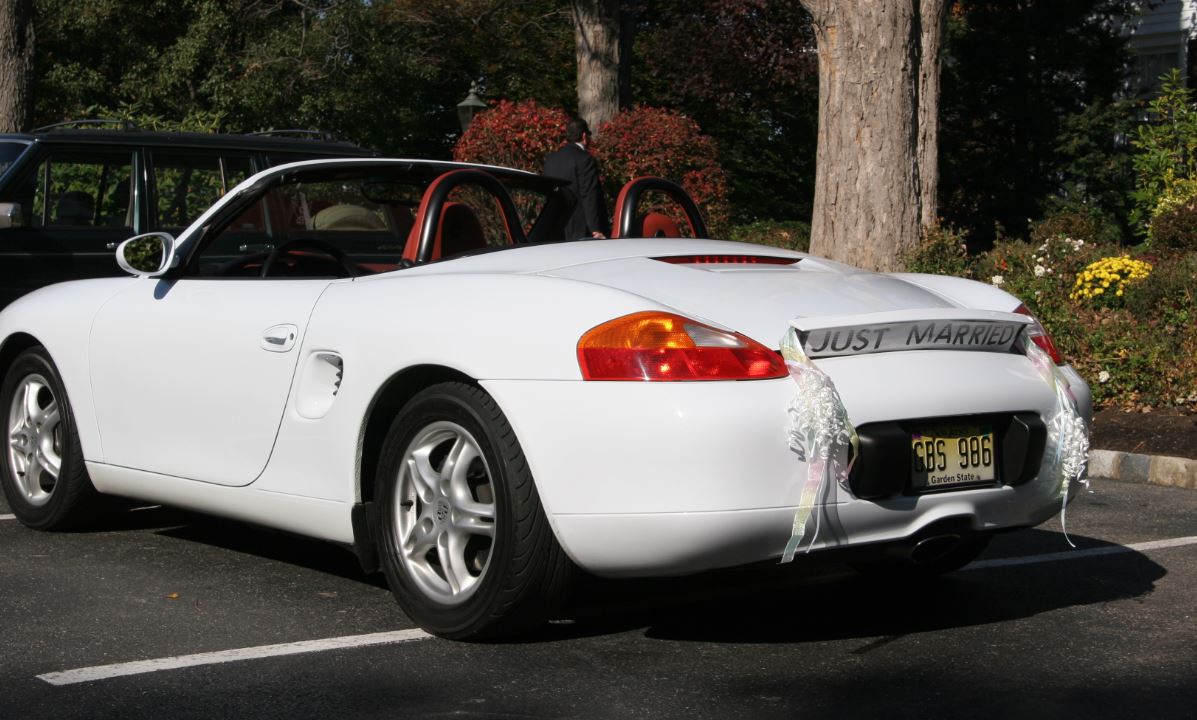 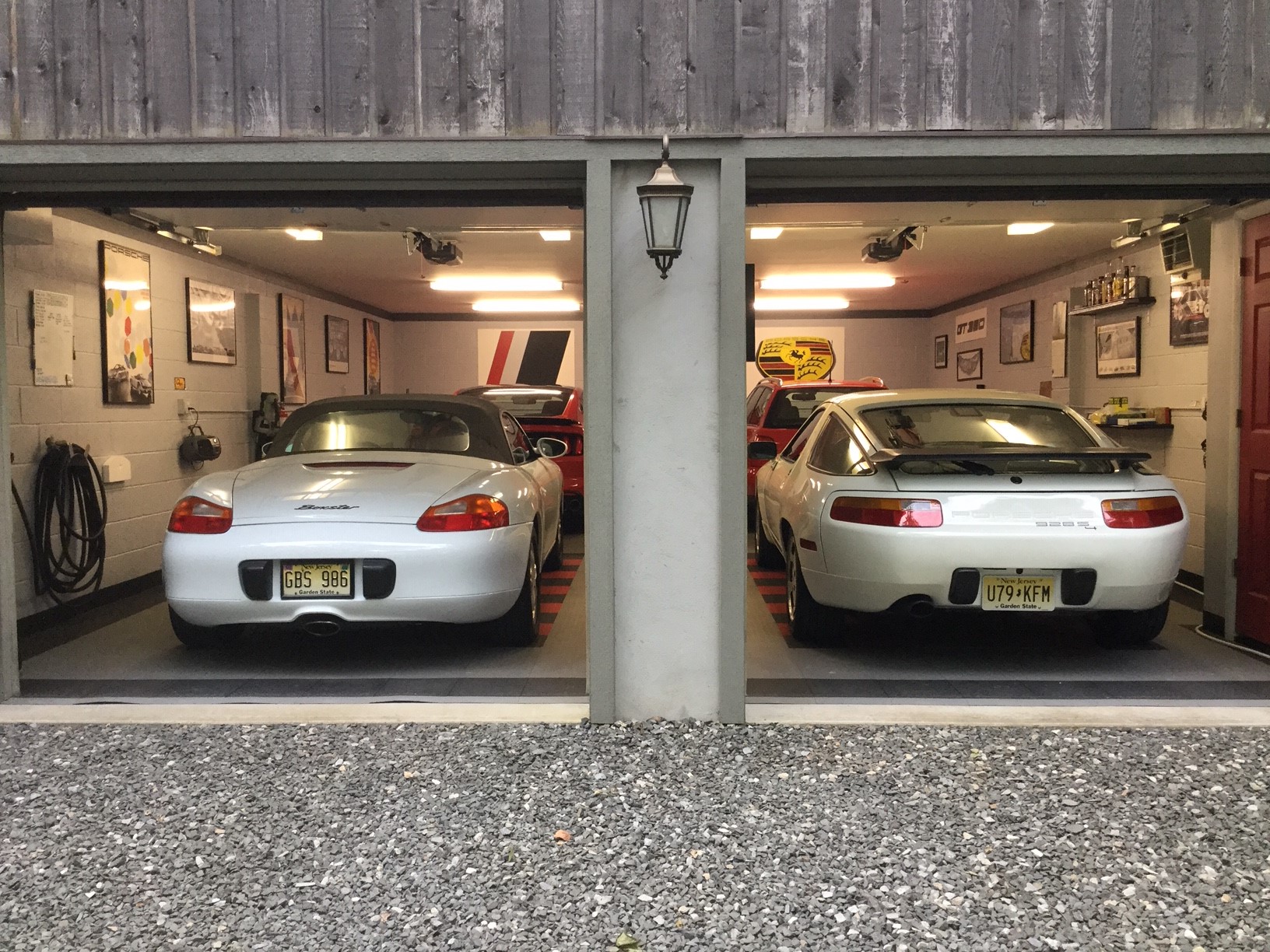 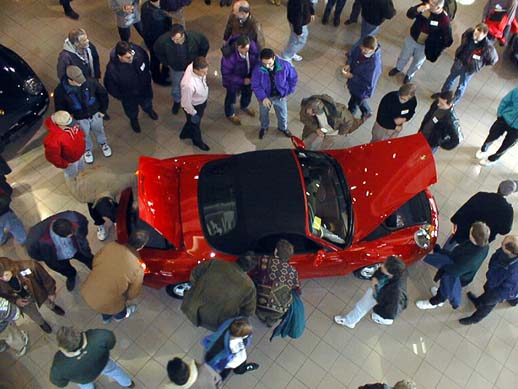 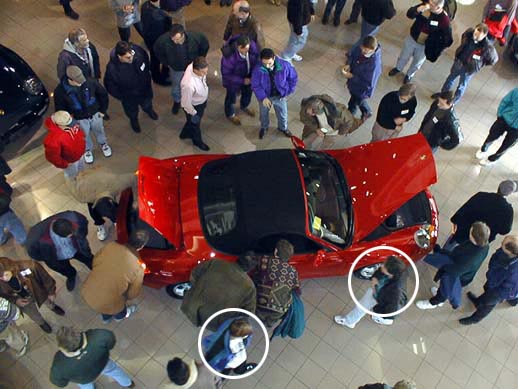 Back to work on Orangie. https://i.imgur.com/aH[…]

I'm gonna lead a cheer at the Breakfast for Maddog[…]