Anyone know the owner?

Looking for the owner of this (I believe) Red 90GT with a Andy Keel TS kit installed by Louie Ott. It changed a couple owners over the years but currently unknown. Anyone know 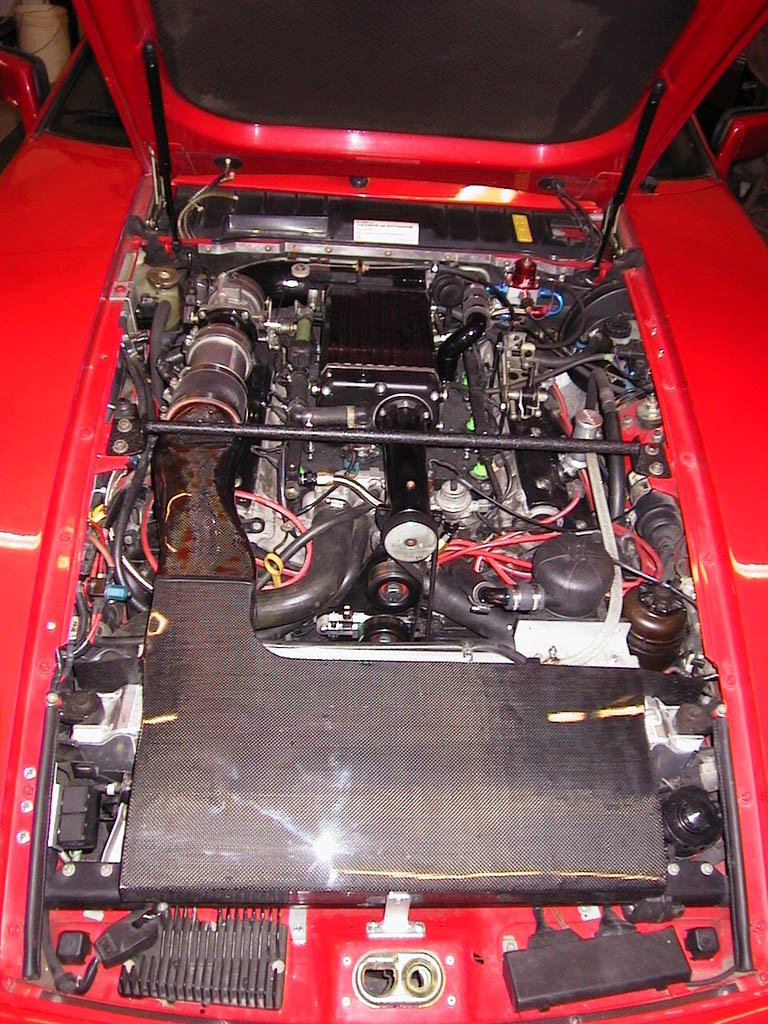 By SeanR  -  Fri Feb 12, 2021 4:11 pm
Quote
-  Fri Feb 12, 2021 4:11 pm #58781
One of the owners brought it over to me to have a look over and give my opinion a few years ago. I told him from the start that he needed to not launch the car and be gentle as he will screw up the transmission. Next day he left one of the cars/coffee events as we were leaving as a group, what does he do? Stands on it, drifts it, slams it in to 2nd gear and takes off. A few weeks later I get a call from a shop asking if I was willing to work on a transmission on a supercharged car they had come in and told him nope, yank it and send it off to Greg Brown. I asked if the car was red and the SC kit a twin screw. It was. I had a few phone calls from people over the years asking if I knew the car or could do trans work on it. Same answer I gave to all of them.

Hanlon’s Razor: Never attribute to malice that which is adequately explained by stupidity.
Heinlein’s Corollary: Never underestimate the power of human stupidity.
Worf’s Razor: Never attribute to stupidity that which is adequately explained by laziness.
Worf's Corollary: Once you've mitigated risk from stupidity and laziness in your endeavors, failure is usually the result of insufficient imagination.

Nowadays I just hear the whining from a local Hellcat up the street. Would love to supercharge my 928 someday.
Andy

By Crumpler  -  Sat Feb 13, 2021 10:18 am
Quote
-  Sat Feb 13, 2021 10:18 am #58901
That set up looks great.
The shield for airflow looks very cool too.
I tried to fabricate something like that years ago and could never swing anything that looked clean because of the actuator arm from the headlight motor.
I wonder how he pulled that off.
Devolved 86.5 Track car
Manual w/LS
DIY Supercharger

By Stepson  -  Mon Mar 08, 2021 11:19 pm
Quote
-  Mon Mar 08, 2021 11:19 pm #65178
With some assistance, I found the name of the owner of the car Darien was looking for. Using my sleuthing skills with the name, I found the owner's address and contact info and a relatively current picture of the car. Darien called the owner and had a nice chat. Apparently, the car has been out of commission for a while, but with Darien's call, the owner expressed interest in getting it back on the road. Darien told the guy that he would help. I'd be interested in helping with something like that as would several others local to us. We will keep you all posted with further developments. :)
Crumpler liked this
John Curry (The Drift King)
Grand Prix White 1994 GTS AT
Black 1989 GT/Cobalt Blue 1989 S4 AT
Indishrot Red 1984 Euro S AT (The Stepson)/Black Metallic 1984 Euro S 5 speed (The Schwartz)