The funkiness that is the mid-70’s. Behold, the Mercury Capri!

By Flat6Noise  -  Thu Feb 18, 2021 12:33 am
Quote
-  Thu Feb 18, 2021 12:33 am #60280
This one is a 76.’ Built in West Germany, it has a 2.3 liter 4 cylinder/4spd that produces maybe one-hundred rabid ponies on a good day. I had an earlier yellow one when I was a teenager that had a v-6 and the Ghia package. So, I bought this one as soon as I saw it with the intention of fixing it up cosmetically and then doing a V-8 swap, since that’s what I wanted to do to mine when I was a kid. Unfortunately, things have changed and where I’m at now I don’t have shop space, so it’s progress has temporarily stalled out. But the cosmetics are getting closer now with the paint completed in December, and the interior as far as I’m going to take it. It’s just a 289/5spd away from being a period correct-ish death trap!

Right now I have more motorcycles, cars, trucks and boat projects than I even have room to store them. But I won’t let that slow me down. I’m a hoarder! 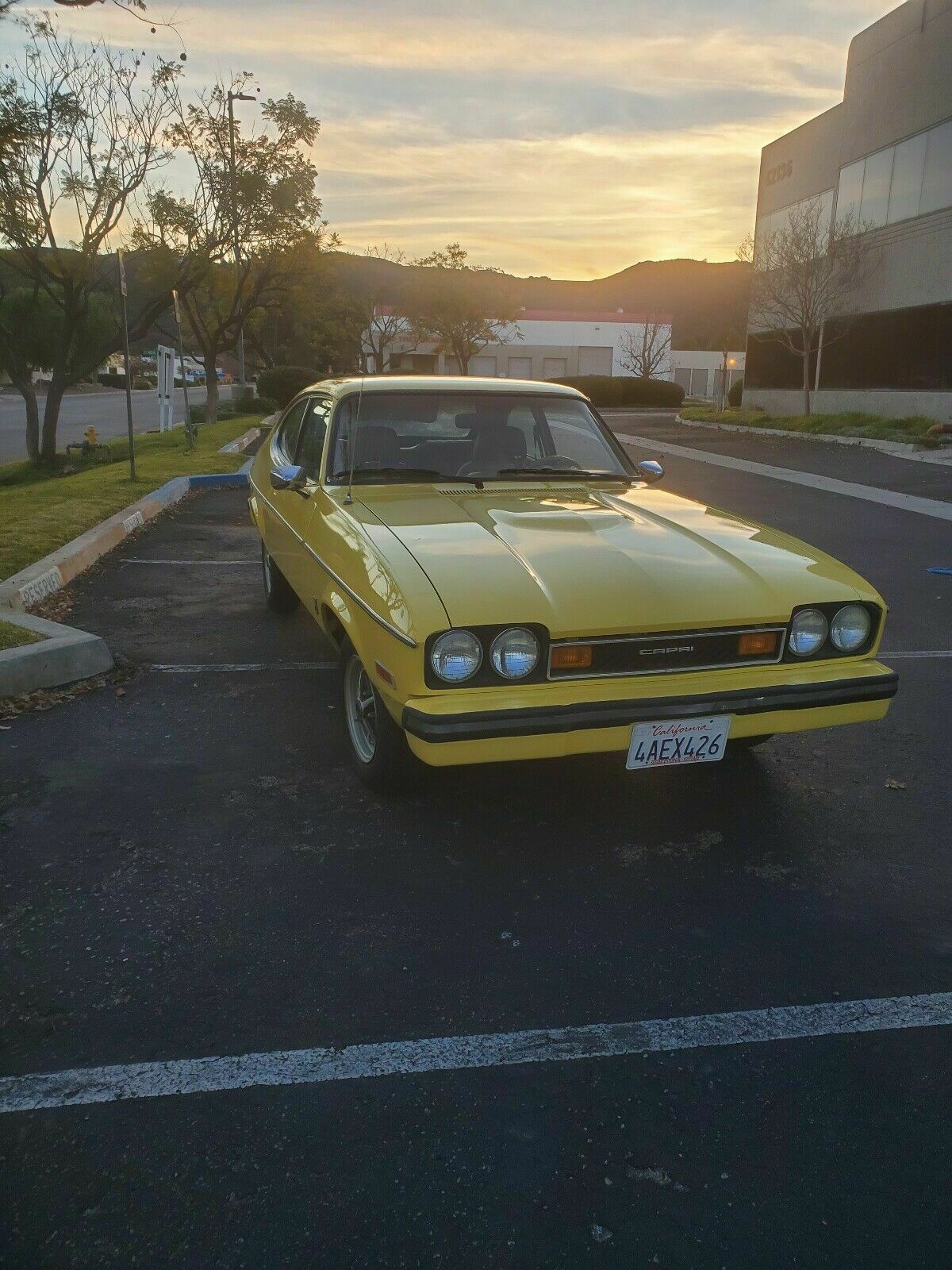 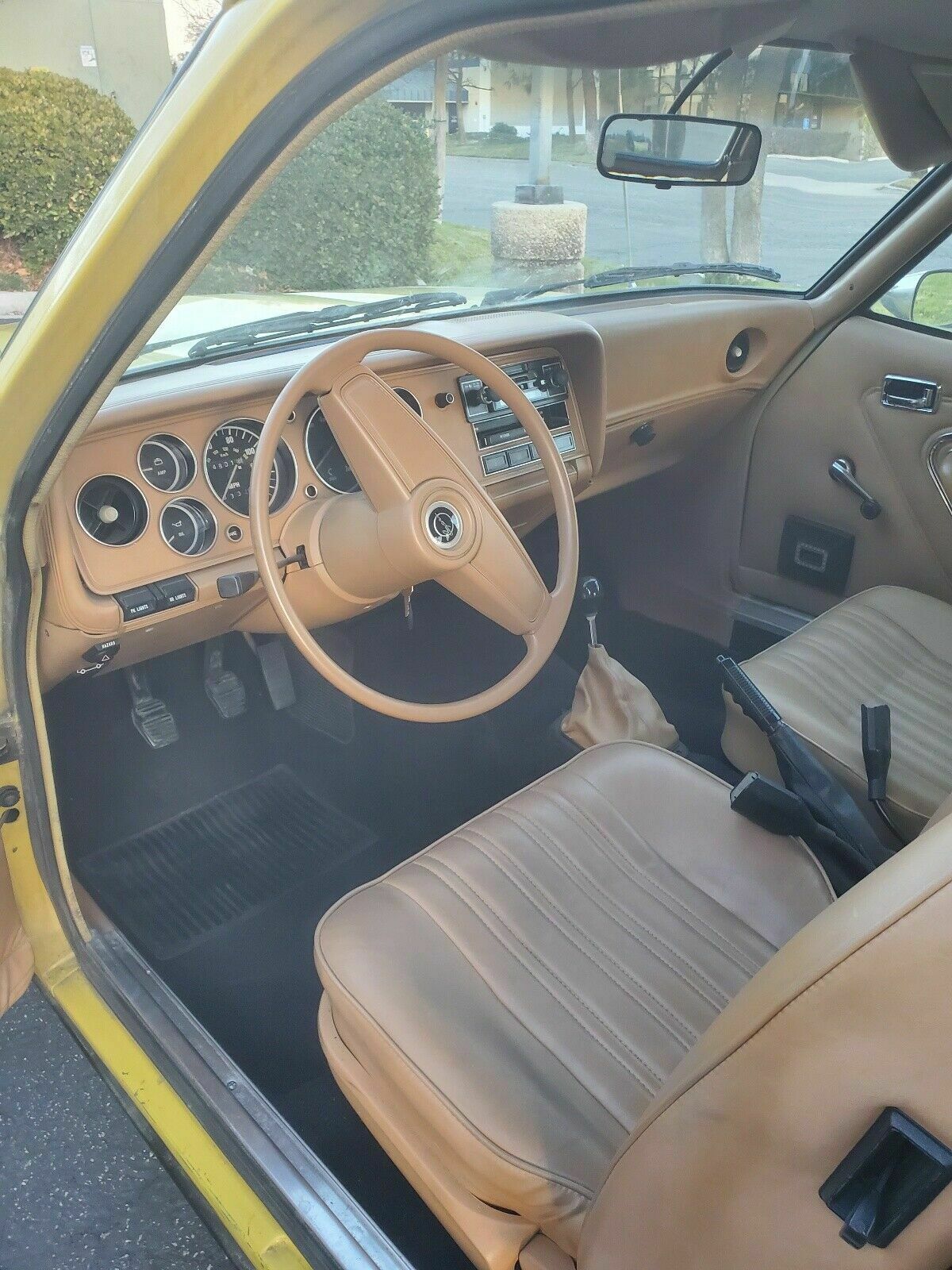 
Thanks, Mike. I know that we both suffer from the same malady. We don’t have too many vehicles, we just need more space!

By ALKada  -  Thu Feb 18, 2021 9:10 am
Quote
-  Thu Feb 18, 2021 9:10 am #60337
This brings back memories. I had a ‘73 in my junior and senior year in high school. It was only ten years old at that time and welcomed over the Griswold family, faux wooden sided station wagon that I had access to when I turned 16. The station wagon was the absolute best contraceptive device my parents could have given me. Complete chick repellant.
Flat6Noise liked this
Ex RL whore.

I had friends with these. I always liked them.
Flat6Noise liked this
Scott

I loved that little beast, even if it did suffer from typical teenage ownership issues - I literally broke the shifter on a hard 1-2 shift, welded it back together than broke it again before finally replacing it. It was during one of those broken shifter periods that I found out that 2nd gear could get me from a standstill to 70mph - who needed multiple gears? Somewhere along the line the speedo broke, but the tach still worked, so I could pretty much gauge my speed from that.

Six years later, I sold that car to buy an engagement ring. As much as I may miss that car, 35 years later, I'm still reaping the rewards from that decision. 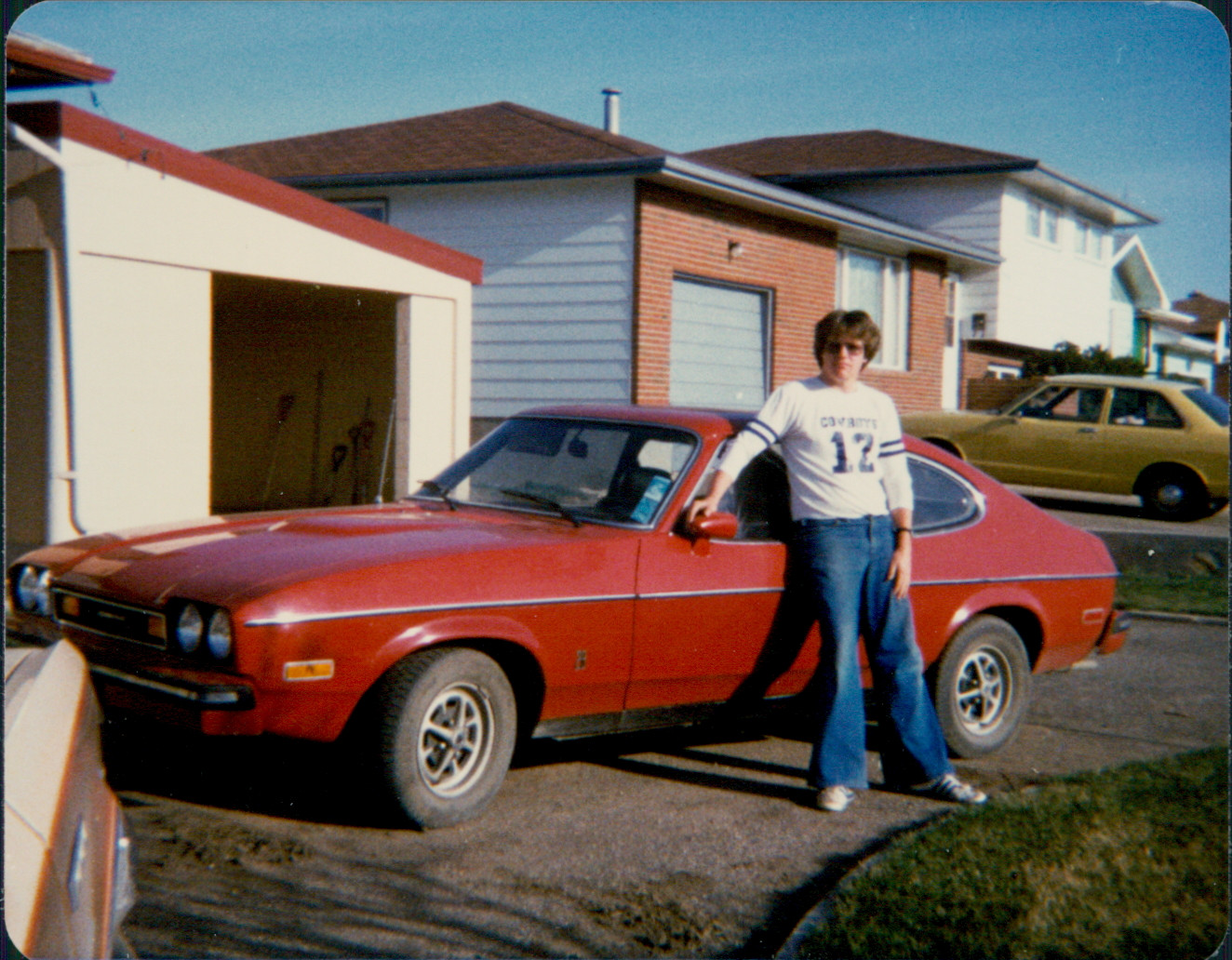 16 year old me with my first car
Flat6Noise, amdavid liked this
"just happy to be here in the generally frozen tundra"'
Saskatoon, SK 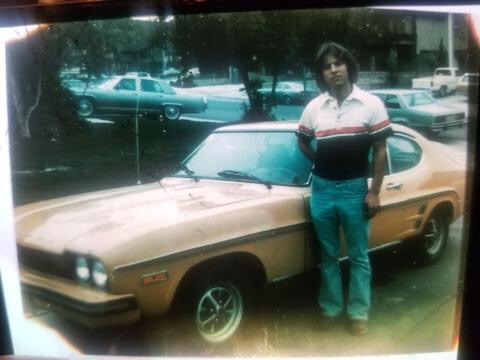 I liked the smaller taillights in the 72....never drove a newer one...I.e. the 76 Capri II.
Flat6Noise liked this 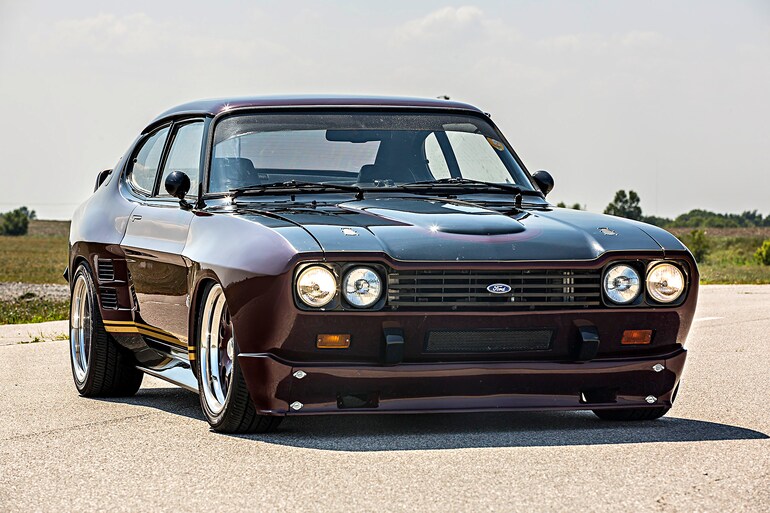 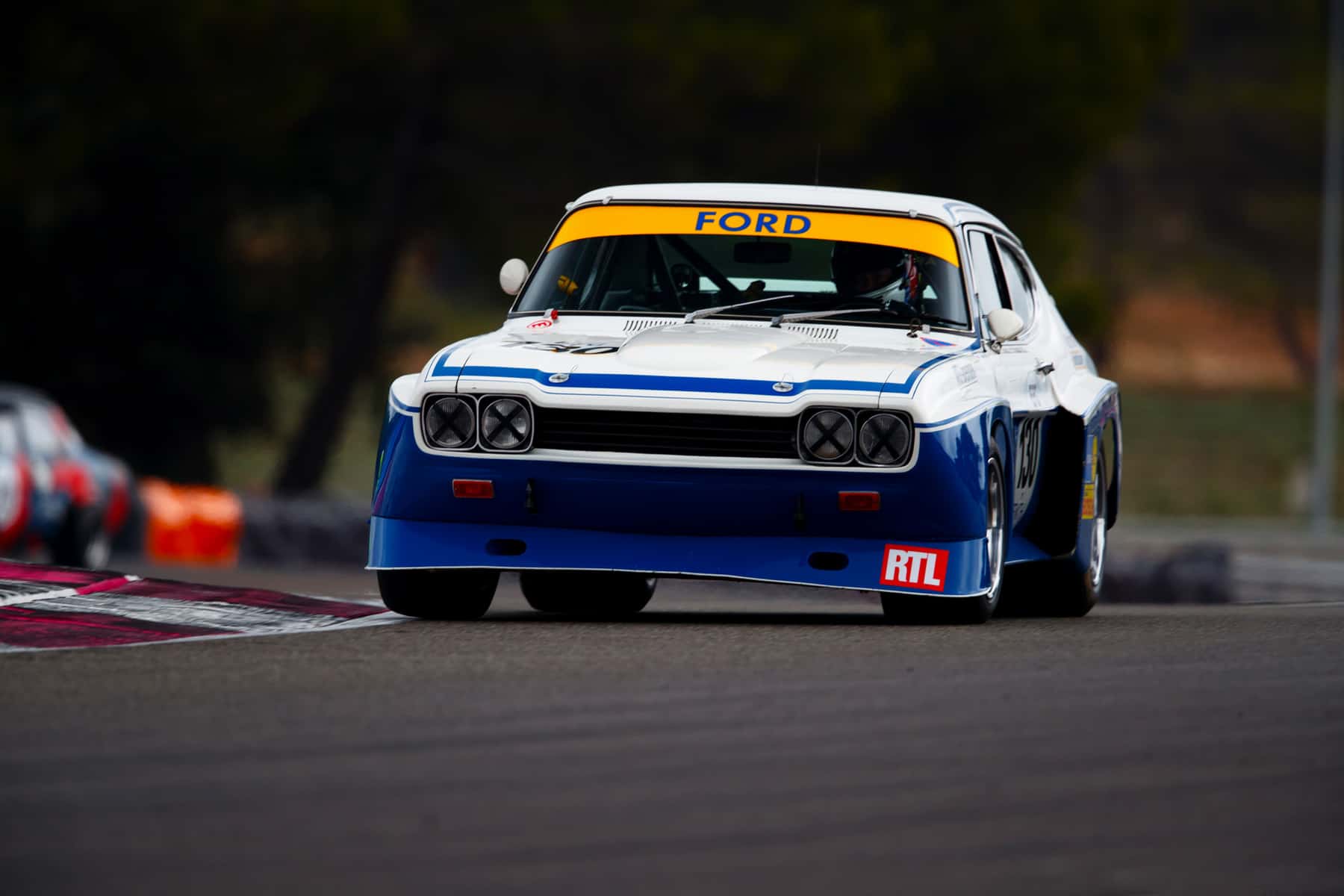 There were some really crazy Capris in various forms of motorsport in Europe. How about the Zakspeed version? 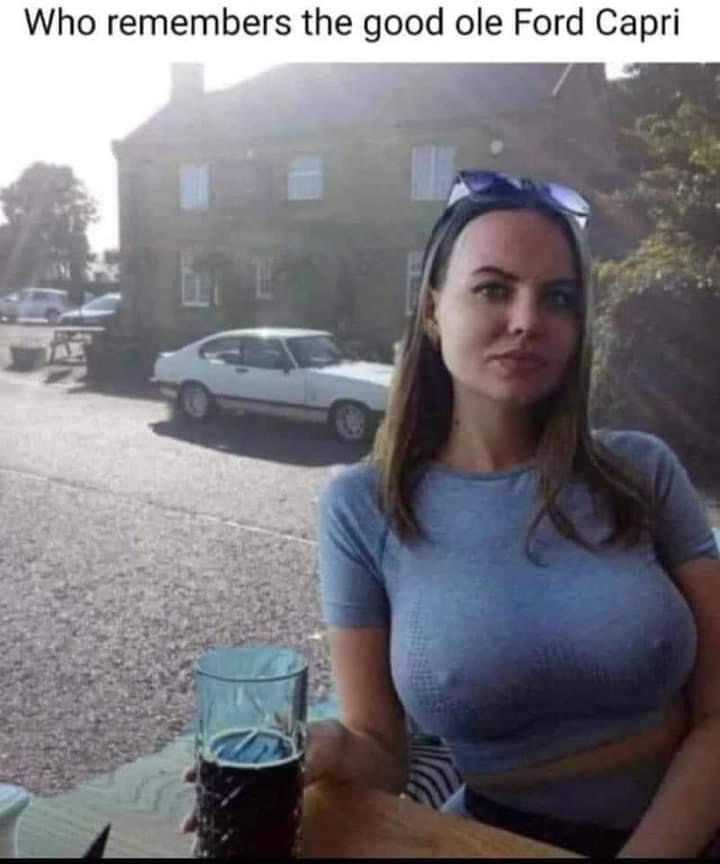 Scott at Team Harco liked this

Those are pop-up headlights!

Driving either was quite fun compared to my rather anemic Pinto (all were manuals, at least), but the Z was the better handling of the lot for sure. 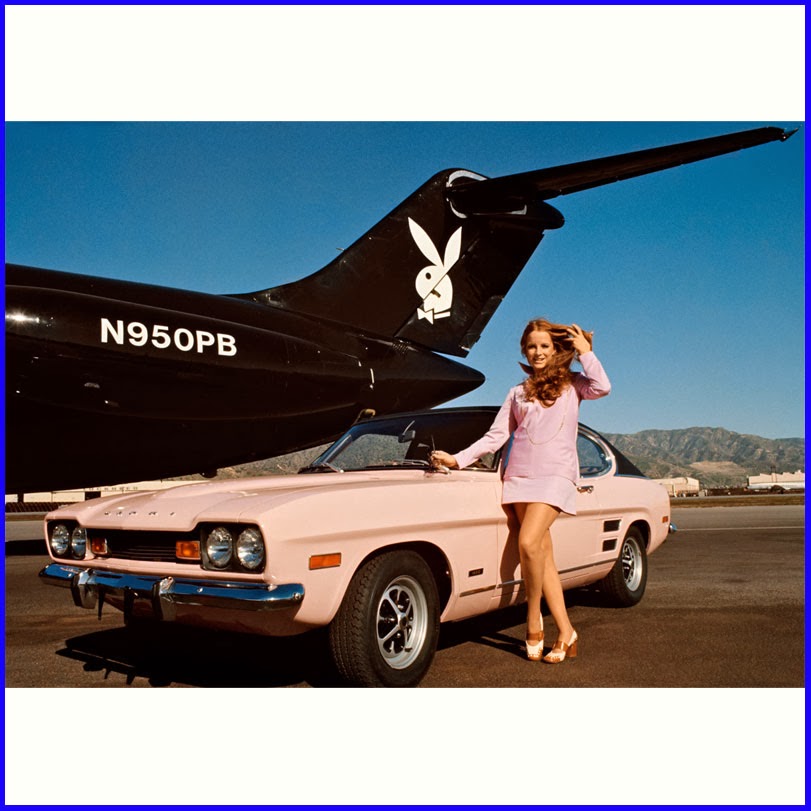 Does anyone see these on the road anymore?? 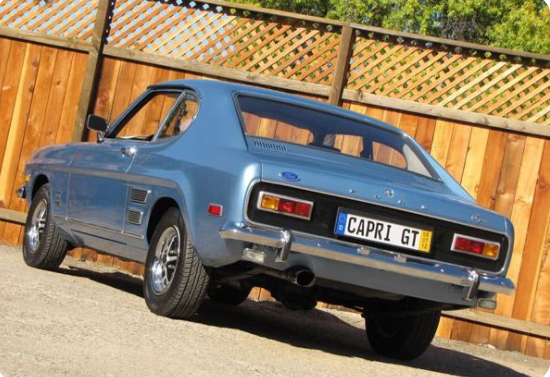 Reply
Return to “Other European Vehicles”
17 May