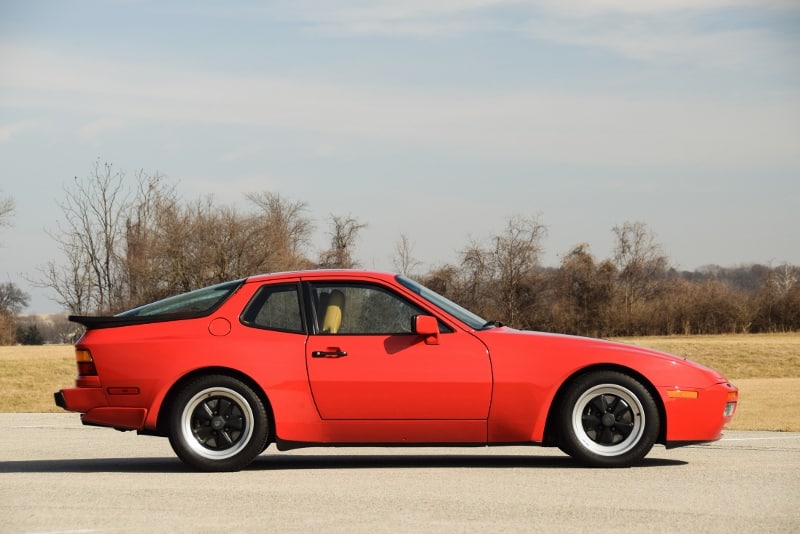 The automatic sunroof mechanism on the 944 series (924, 931, 944, 951 7 968) are infamous for their complexity, and fragility. To keep one in decent running order takes as much tuning as the original SU carbs on an XKE, The procedure for removing the roof is so complex that few people can figure it out on their own. When I purchased my 944, one latching bar was already broken, the other broke soon after. I had wanted to convert to manual as soon as I saw the mechanism, but was told it was not possible. The people that told me that were wrong. Not only is it possible, but it is relatively simple, and requires no modification to any parts.

First a picture of the 944 series latch mechanism.

As you can see the mechanism is a simple lever that just needs a place of the proper height to push upon. What you can’t see is that height is very flexible.

The mounting place is important. It has to mount the latch in a place that will allow the latch to push against something useful. My first thought I was going to have to fabricate something. I was soon to find out that was not the case. Following is a step by step procedure.

1. After acquiring a manual clasp attach it to sunroof.

4. Remove an ancillary equipment. Such as motor, armatures, anything but the rail guide.

As far as the install is concerned. Your done. The front clasps are used as normal. For the rear, simply turn the manual latches so that the latches (in the open state) are facing towards the doors. Insert sunroof on front panel as usual. Turn manual latches 90 degrees, there is plenty of room so that the pushing portion will seat inside of the old rail guides. Push latches down. Bada boom bada bing your done.

Removal is about ten times easier than the automatic version. Putting the sunroof in place is just about as easy, due to the fact that normally you would have to go to both sides of the car anyways.

You will loose the tilt up feature, personally I’ve never understood that feature. As a smoker it would be handy in the winter time, but cracking the window is just as easy.

Save 15% On Your AdvanceAutoParts.com purchase with code AAP15OFF! Valid online only.

link to How to Buy an Acoustic Guitar

Knowing how to choose the right guitar and how to identify a bad one, will save you from countless headaches, not to mention finger aches. Acoustic guitar bodies come in basically the same...

Sometimes the best buys are made with pre-owned products. This is particularly true in the case of sports cars. Many people would like to have a sports car mainly for the performance but some may...

Open Road caters to Porsche enthusiasts who believe in the freedom to pursue success and enjoy all of the opportunities, possessions, and experiences that life has to offer.